Article published by “The Dartmouth”

On the Other Side: “Look at Me in the Eyes! Exhibit

By now, you’ve probably seen the faces that gaze out at you from the front of the Stacks as you pass through first floor Berry. If you’re like me, you might have stopped briefly in front of one or two of the photographs to look back at them and wonder, “Who are these people?” As it turns out, that’s precisely the point.

The photographs, which together form Jorge Carlos Álvarez’s exhibition “Look at me in the eyes! Face to face with people on the other side of the wall,” capture spontaneous images of Mexican and Central American people and migrants. A recent talk and reception with photographer Álvarez accompanied the display as a part of the “Understanding Social Justice, Approaching and Embracing Diversity” series of discussions and presentations sponsored by La Casa.

According to Álvarez’s website, he intends for the exhibition to depict reality without manipulation, beckoning observers to look the subjects of his photographs directly in the eyes in order to better understand them and recognize them as familiar, fellow human beings. In his artist statement, tellingly titled “Photography as an Antidote,” he characterizes migration, which is so often treated as invasive, threatening and unnatural, as a shared impulse common to life everywhere.

He writes, “I invite you all to approach my exhibition as a bridge to reconcile and re-think of migration as a concept of indomitable movement.”

Jill Baron, librarian for Romance Languages and Literatures and Latin American Studies, helped bring the exhibition of Alvarez’s work in Baker-Berry Library to life, working with Álvarez and La Casa to turn their vision for the exhibit and event into a reality. She described Álvarez’s exhibition as a celebration of human beings, proposing that it encourages an encounter between its subjects and its audience that makes the lives of the people in the photographs more visible to viewers. Ultimately, she said, the exhibit accomplishes this by provoking the curiosity of its audience and challenging any preconceived notions.

“What are their stories? Where are they from? What are the circumstances that are governing their lives? ”

She also spoke about her own role in the process of working on this exhibit and event, stressing that it is important to her to encourage dialogue on campus about broader issues, including immigration and social justice.

“I think we are in a very difficult political and social moment right now,” Baron said. “I feel like my role is to, in the ways that I can, try and really raise consciousness about these issues and bring it into these spaces where we can otherwise shelter ourselves.”

María Clara de Greiff, live-in advisor for La Casa, echoed Baron in emphasizing the need to encourage this dialogue. Specifically, she believes in inviting active participants to talk about issues like immigration and share their experiences with the Dartmouth community. She put this belief into practice as she organized the “Understanding Social Justice” series.

“I think that there are many ways to approach it,” Clara de Greiff said. “You can read it. You can listen to the news, but when you have someone coming here and telling you so vividly, ‘This is what is happening, I marched with the migrants in their caravans and this is what I saw,’ then your view of the whole thing is totally different.”

Clara de Greiff recalled Álvarez’s initial response to her request for pictures of migrants at the border. He claimed that he was tired of seeing picture after picture of people crossing the border and did not want to showcase what the media had already been showing to the whole world. Instead, he offered a new proposal, which is the exhibit we see today: a collection of photographs in which the audience can just stand in front of a face, look right in his or her eyes and realize the humanity that still exists.

Álvarez’s creativity seems to have paid off. Baron recounted that many of the questions he received during his visit to Dartmouth centered around the stories of the individuals in his photographs — people just wanted to learn more about them. Ian Reinke ’22, who noticed the exhibition while passing through the library one day, shares this curiosity. He explained the important role that he feels the exhibition plays.

“In light of all the anti-immigrant rhetoric and growth in anti-immigrant sentiment, I think the exhibition helps give a more personal look at the people, faces and lives of groups who are often demonized by public figures,” Reinke said.

And he makes a good point. Álvarez’s exhibition serves as a powerful reminder that migrants are human beings, just like us, and must be perceived as such. We have much more in common than the border that divides us. 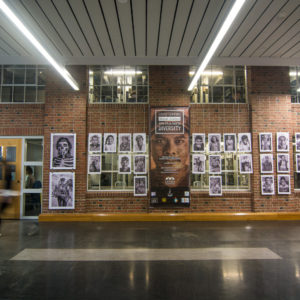 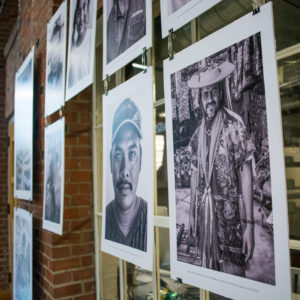 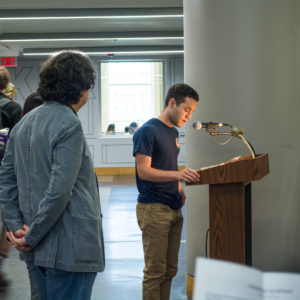 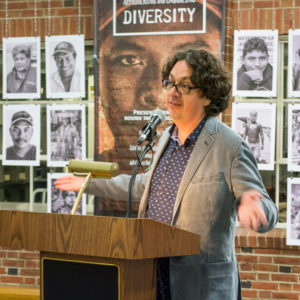 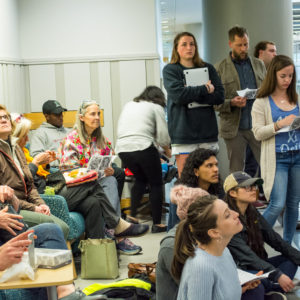 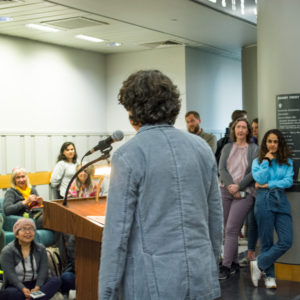 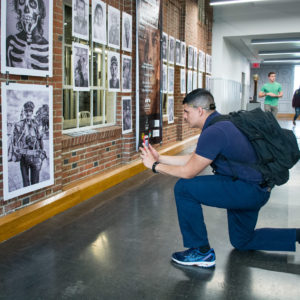 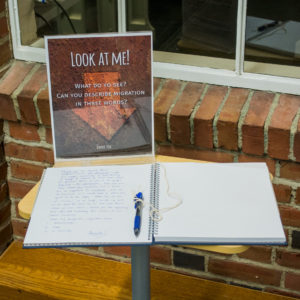 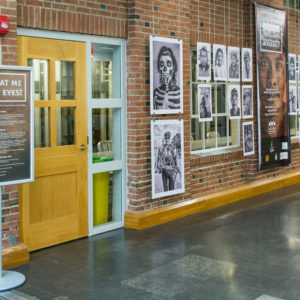 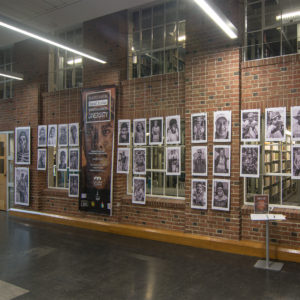 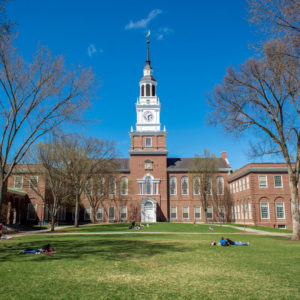 See photos from the exhibition